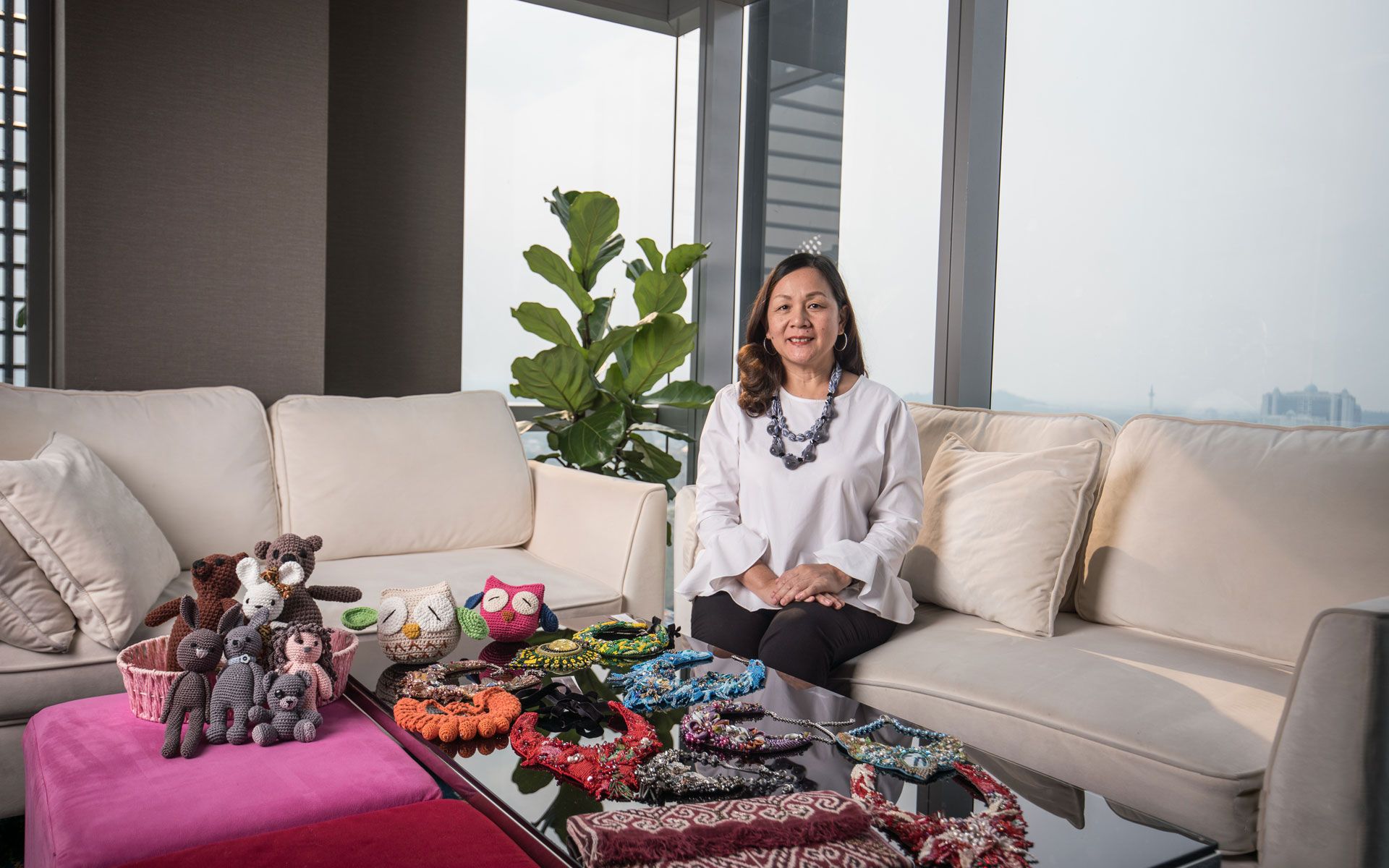 Proof that artisanal crafts can speak volumes, unite communities and initiate social change, Sarawak-born entrepreneur Ranong Peru shares the story of her artisanal success, and how others are benefiting from her achievements.

An ethnic Lun Bawang, Nur Rahmah Ranong Abdullah grew up in a close-knit community in the mountainous village of Ba'Kalalan in Sarawak. A small tribal community by most standards, it was one that fostered a strong sense of family bonding and, as it happens, artistic flair.

Known to her friends and family simply as Ranong Peru, the industrious artisan grew up watching her mother beading her ethnic headgear and traditional costumes at the end of a long day working in the paddy field. 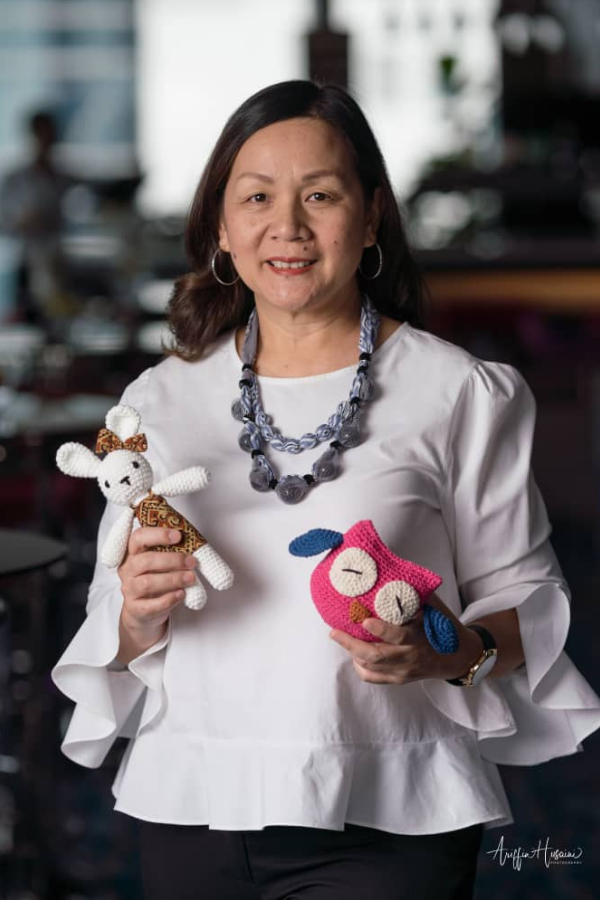 “I came from a rural community and grew up with a family background of hard toil," shares Ranong.

“I never knew then that I had the capacity for handicrafts in my motor skills, but it became a more dominant trait after I left my career in the hospitality industry."

While accompanying her husband on an overseas posting to Jakarta, Ranong earned her certification in Spa Management from Mustika Ratu Indonesia.

It was later, during similar travels to Cape Town in South Africa, that she would truly discover the uplifting potential of arts and crafts.

“In Cape Town, I networked and developed a very close relationship with the motherly 'Big Black Mamas' – as they're fondly called for their cheerfulness and hospitality – and we'd gather together to knit.

“The cost of knitting yarns was relatively cheaper there and the choices of types and colours were in abundance! I realised that being in a conducive environment like this and surrounded by friendly people helped me to express my creativity." 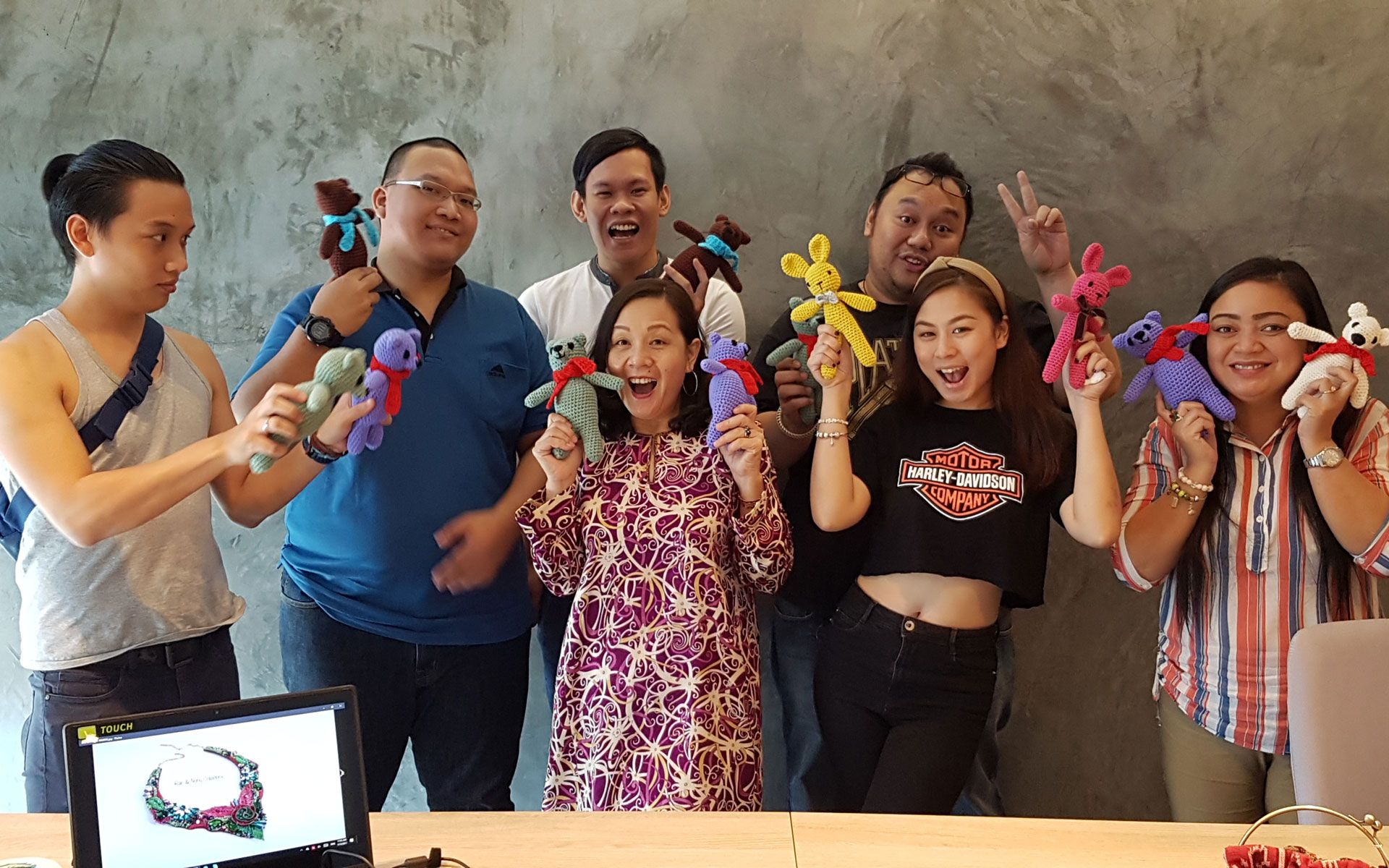 One after another came hand-knitted bed spreads, cushion covers, table placemats and crocheted baby apparel from this fortuitous stay in Cape Town.

Upon her return to Sarawak in late 2009, Ranong's third daughter gifted her mother with the creation of a simple blog. It wasn't long before Ranong began uploading photos of her kitschy creations online – a compilation of baby and toddlers' clothes, mittens and other adorable crocheted items.

“My passion then grew into a commercial commitment when I received my very first online order from Mexico for an adult knitted shawl through this same blog!" says Ranong.

With the conception of her proprietorship, Nadinmas Enterprise in 2010 came the start of Ran & Nong Creations, a brand that would first focus on equipping more artisans from her homeland in Sarawak and second, showcase Ranong's artistic wares to the world.

“I'm aware that womenfolk need to be self-reliant, economically independent and financially stable to face the challenges of today's social environment, be they from the rural or urban communities," she says.

“That's why my focus is very much towards empowering women – particularly single mothers and underprivileged women - nevertheless, there are already intakes of male artisans and craftsmen participating in my Skills Training Courses!"

‘Proposal to up welfare aid being studied’
8d ago
‘Welfare Dept only has 12 medical therapists for 55...
8d ago
Five receive one-off aid RM450 each
8d ago
Fatimah urges early childhood education centres to have pupils...
20d ago
10,921 applied for entrepreneur grants
24d ago
Digitalisation creates opportunities for women
24d ago
Nearly RM700m paid since April
24d ago
Rohani receives top women’s award
24d ago
Sarawak records 1,121 drug cases with 1,379 arrests in...
24d ago