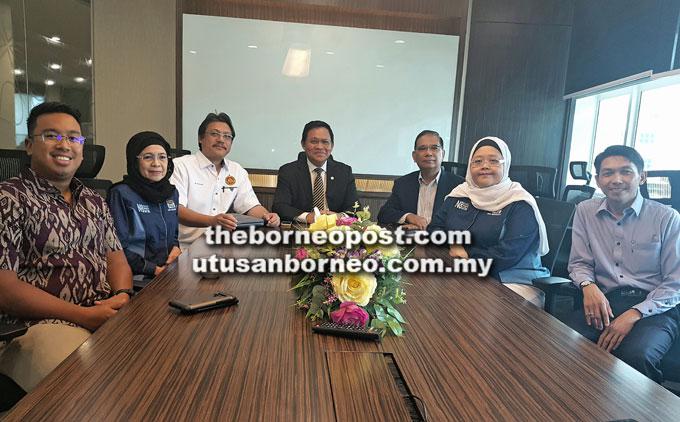 Dr Abdul Rahman (centre), Dr Hazlan (fouth right) and other members of the organising committee at the press conference.

He said the seminar would be divided into two parts – the seminar proper and Town Hall session with the Chief Minister and GPS chairman Datuk Patinggi Abang Johari Tun Openg.

Dr Abdul Rahman, who is also the organising chairman of the seminar, said the first part would see two important topics to be deliberated – Sarawak History & Political Evolution and GPS Political Strategies.

“Two hours will be allocated for a Town Hall session with the Chief Minister, who will talk about the state administration and other important issues.

“Myself will be the moderator for the Town Hall session," he told a press conference here yesterday.

He said the main objectives of the seminar, among others, are to explain to the party members of GPS on the rational PBB, SUPP, PRS and PDP decided to leave Barisan Nasional; explain to party members at grassroots levels on the purposes and essence of setting up a new coalition with a slogan SARAWAK FIRST and why the people of Sarawak must support GPS.