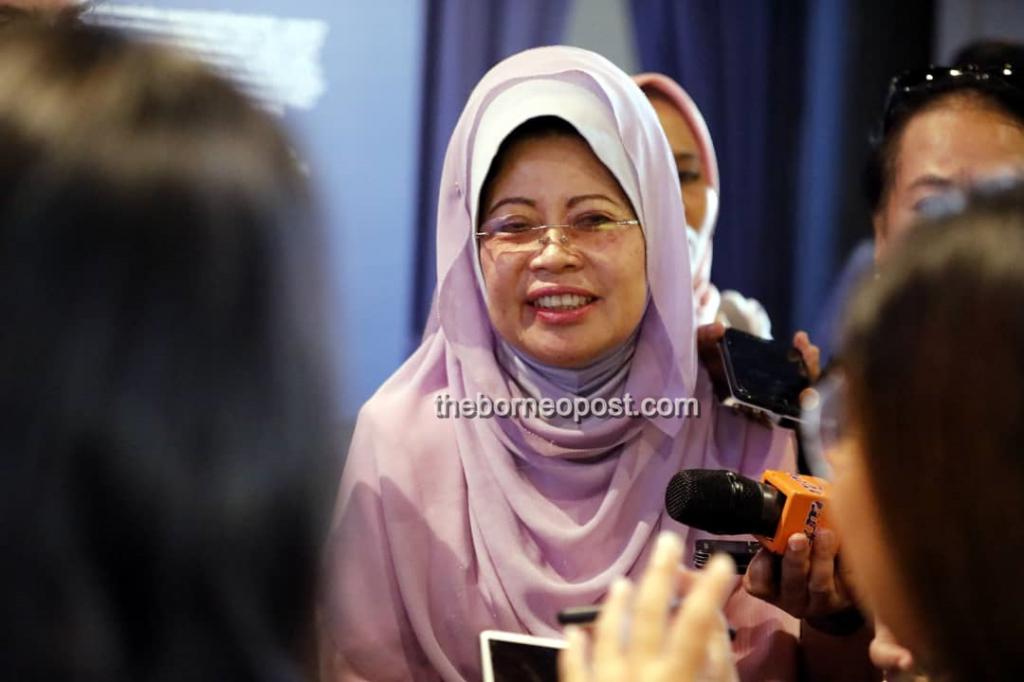 KUCHING: Sarawakians who were previously detained in Banteay MeanChey Provincial Prison, Cambodia many of whom are still in their youth, are encouraged to take up skills training that is available in the state.

In stating this, Welfare, Community Wellbeing, Women, Family and Childhood Development Minister Dato Sri Fatimah Abdullah said among the skills training centres that they can go to is the Centre for Technical Excellence (Centexs).

According to Fatimah, Centexs offers a variety of trainings and courses for the youth in the state for free, without requiring any academic qualifications as long as the candidates are able to read and write.

“There is a variety of courses (for the candidates) to choose from, both technical and vocational, including hospitality, crafts and culinary not only at Centexs, but also other training centres,” said Fatimah when met at the opening of the Ranee Museum at the Old Court House this morning.

She said Centexs has a good track record where 90 per cent of the trainees were able to secure jobs according to their expertise after completing their training at the centre.

However, for those who are not keen in skills training, Fatimah she advised them to do something which is according to the law of the country.

“Be cautious of anything offered to you which looks suspicious. Even if the salary offered to you looks too good to be true, check with the embassy to verify if the job really existed,” she said.

When asked if the Sarawak government is going to help the ex-detainees to look for jobs, she said that their mission was to bring the Sarawakians back, including those from Sabah and Peninsular Malaysia.

On the tracking of the culprit behind the scam, Fatimah said the Sarawak government will leave that to the relevant authorities to investigate the matter.