Knowing when bullies will strike

KUCHING: Schools need to take precautions at the start of the schooling session to prevent cases of bullying among students, said Minister of Welfare, Community Well Being, Women, Family and Childhood Development Dato Sri Fatimah Abdullah. 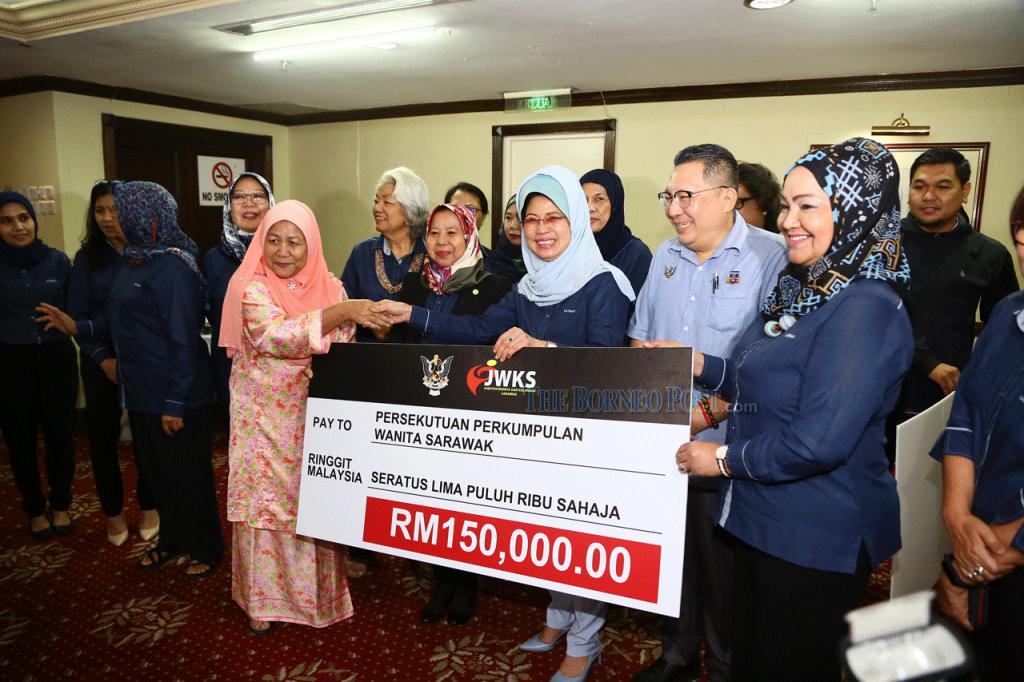 Fatimah (third right) presents a mock cheque to a representative of Persekutuan Perkumpulan Wanita Sarawak. On her left is Wee. – Photo by Muhammad Rais Sanusi

She said looking at past trends, school authorities should anticipate the possibility of such cases happening, and put in place measures to address the problem before they happen.

“At the beginning of the school session, there should be a committee that can assist new students adapt to their new environment," she told reporters here yesterday, adding the same can be applied at institutes of higher learning.

Fatimah, who earlier chaired a Sarawak Women and Family Council meeting, was commenting on the case of three secondary students at a boarding school here, who were injured after they were beaten up by a group of senior students on Sunday.

She pointed out that when it comes to bullying, it has been found that even students with good academic records can be involved.

She said this proved that education is holistic and that focusing on academic achievements alone was not enough.

“Attention must be given not only to a student's cognitive development but to his or her personality, character and emotions.

“It is important for balanced development to occur for the student, and we hope that teachers, parents and the community will change the paradigm and emphasis," she said.