‘Henry Gurney inmates who did well in SPM an inspiration’ 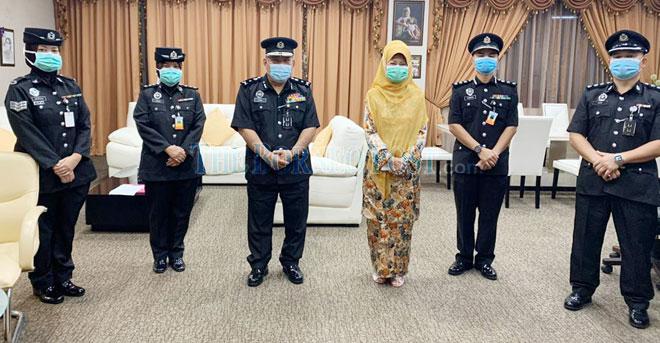 KUCHING: The achievement of five inmates of Henry Gurney School in scoring 5As in last year's Sijil Pelajaran Malaysia (SPM) examination should inspire and motivate their schoolmates and students elsewhere to do well in their studies, says Dato Sri Fatimah Abdullah.

The Welfare, Community Well Being, Women, Family and Childhood Development Minister said the five were among 13 inmates at the school who sat for the examination.

“They were able to achieve good results. Looking at their background – some have problems, some did not go to school for a while. Yet they were still able to get good results," she said during a courtesy call by Sarawak Prisons deputy director Fathi Mursidi yesterday.

Fathi had led a delegation to visit Fatimah at her office to update her on Henry Gurney School inmates and their activities.

Fatimah added with focus, commitment and help from those around them, the school's inmates can become successful like anyone else.

“A few of the inmates have successfully continued their studies at polytechnic schools. I believe everyone should be given a second chance, and with this second chance, these kids can continue to do well and be successful like others."

Meanwhile, the minister said she was informed that the school has 68 female inmates, of which 44 are Sarawakians, who are learning to make festive goodies like cookies for sale.

She said the skills learnt by these girls would prove useful upon their release, as they would be able to generate income and be financially independent in their new life.