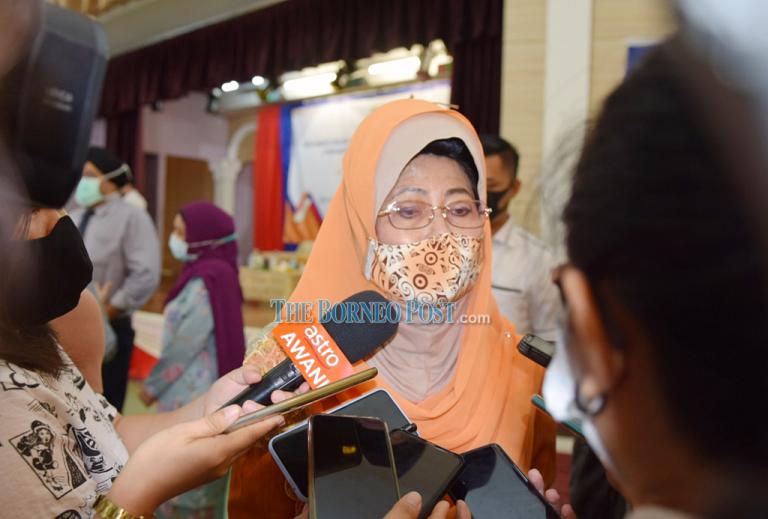 She pointed out that this was one way to introduce the concept of unity to children, as children learn fast at a young age.

“It is best to instill the concept of unity from a young age. In Sarawak we are suggesting that all early childhood education centres to have a recitation of the Rukun Negara after singing the national and state anthems at assemblies," she said at the launch of the first People's Feedback Session for the Draft of National Unity Action Plan (2021-2025) Sarawak today.

Fatimah added that it was not compulsory, but hoped that more early childhood education centres would do so.

She revealed hat there are 2,872 early childhood education centres in the state, with 77,539 pupils in total.

“The early childhood education centres under the National Unity Ministry are doing it, and so are the 72 Sedidik in the state. We have already put the suggestion forward to all the other centres, including private ones," she said.

On the People's Feedback Session, Fatimah explained that there are 13 sessions in the state to get feedback from the people regarding the National Unity Action Plan (2021-2025) Sarawak.

She said one of the initiatives under the new federal Ministry of National Unity is to establish a Committee for Unity at the national and state levels.

“We are tasked to produce an action plan for unity, so the input from various quarters including the people will all be used to strengthen the action plan.

“There are 30 of us in the committee, consisting of representatives from various religions and ethnic groups. Our role is to discuss about issues that can lead to unity or disunity," she said.

Fatimah noted that while Sarawak is usually seen as a model state for unity, there cannot be any complacency.

“We must have an inclusive policy and inclusive activities so that no one feels left out. So that people will know that there is a place for everyone of us in Sarawak," she said.

The minister added that besides being inclusive, there is need to avoid sensitive issues such as religion and racial issues, especially on social media.

‘Proposal to up welfare aid being studied’
5d ago
‘Welfare Dept only has 12 medical therapists for 55...
5d ago
Five receive one-off aid RM450 each
5d ago
Fatimah urges early childhood education centres to have pupils...
18d ago
10,921 applied for entrepreneur grants
22d ago
Digitalisation creates opportunities for women
22d ago
Nearly RM700m paid since April
22d ago
Rohani receives top women’s award
22d ago
Sarawak records 1,121 drug cases with 1,379 arrests in...
22d ago