Fatimah hails move to include statutory rape subject in school 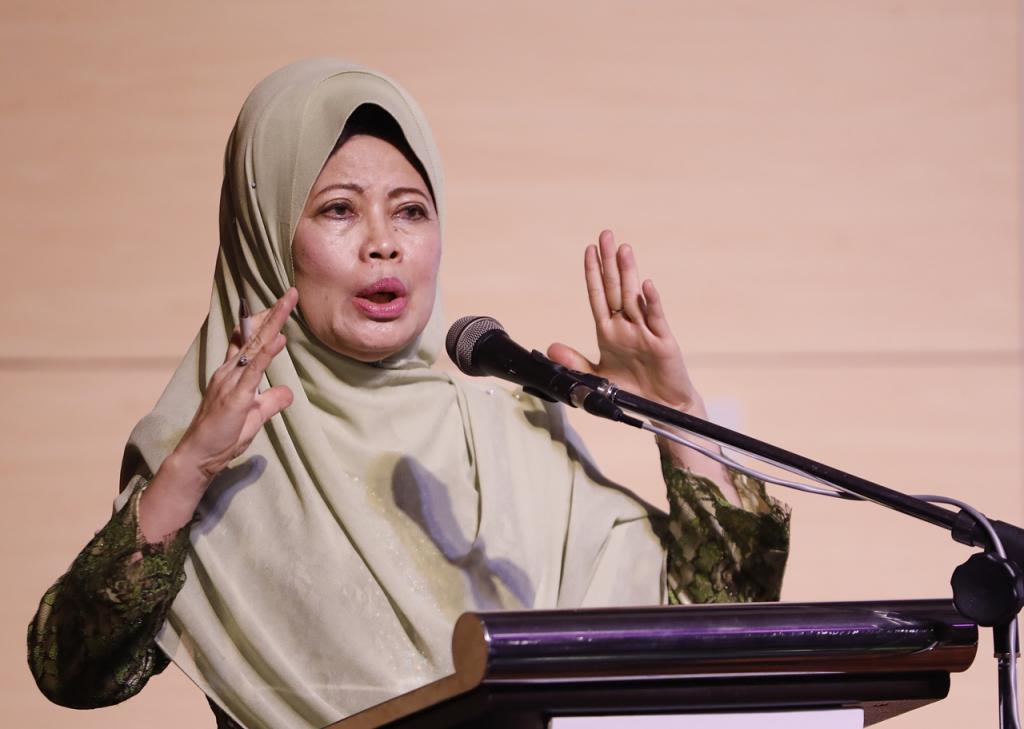 KUCHING: The Sarawak government supports the federal Education Ministry's move to introduce lessons about statutory rape and related issues for school-children in Primary 6 and Form 5, beginning 2021.

Welfare, Community Wellbeing, Women, Family and Childhood Development Minister Dato Sri Fatimah Abdullah points out that her ministry supports this move as it is in line with efforts in reducing statutory rape cases.

“We feel that this is a good move from the Education Ministry, especially considering that if we look at Sarawak's rape statistics – the cases involving statutory rape, (many of) the perpetrators themselves are also underage,” Fatimah told reporters when met after attending the 'Second Malaysia International English Chess Championships for the Disabled' at the Aeroville Mall here yesterday.

In a news report last November, Deputy Education Minister Teo Nie Ching observed that only Reproductive and Social Health Education (PEERS) was being taught at primary and secondary schools.

“But we do not have statutory rape in our syllabus. We think it is important for them (school-children) to know that sex is not allowed at their age, even if it is consensual. It is a crime,” Teo was quoted as having said.

In this respect, Fatimah said her ministry, through Social Development Council (MPS), was also taking steps in curbing the high incidence of teenage pregnancy, teenage marriage and statutory rape cases.

“My ministry, through MPS, are taking steps by informing our target groups of grassroots leaders, non-government organisations (NGOs) as well as students, on ways that they can curb teenage pregnancies.

“We involve the community leaders, the National Population and Family Development Board (LPPKN), Royal Malaysia Police, Prisons (Department), Health Department and Welfare Department via an inter-agency programme that aims to provide as much information about teenage pregnancy, statutory rape, underage marriage, as well as the laws and the consequences, so that they can be informed and take preventative measures.”

On another subject, Fatimah said the Sarawak government had yet to decide on the provision of baby car seats for those in the low-income group (B40).

“We have not discussed this matter yet. For now, we are only providing the RM450 assistance to mothers who have just given birth, which came into effect Jan 1 this year; and the Kenyalang Gold Card for senior citizens who are 60 years old and above,” she said.

Meanwhile, Fatimah informed all that the 'Sejambak Kasih' charity programme would be carried out as soon as possible – hopefully before the Chinese New Year celebration.

“We have invited about 400 recipients, who will receive hampers in addition to the RM100 that each of them would receive.

“However, those who could not make it (to the event) would still receive the RM100, which would be deposited directly to their bank accounts,” she added.