Covid-19 war not over yet 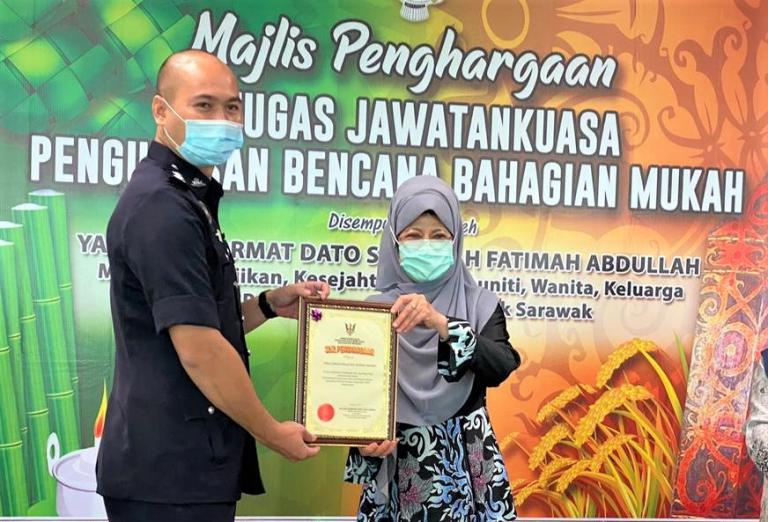 Fatimah (right) presents a certificate of appreciation to one of the members of Mukah DDMC.

MUKAH: Although Mukah remains a green zone, it does not mean that the war against Covid-19 has ended.

Minister of Welfare, Community Wellbeing, Women, Family and Childhood Development Datuk Seri Fatimah Abdullah said everyone still has to play a key role during this period and it is important to also maintain good personal hygiene at all times.

“We are grateful that Mukah has remained a green zone and we hope it stays that way," she said, adding that rabies and dengue cases also need to be given attention.

Fatimah said this during an appreciation ceremony for the Mukah Disaster Management Committee held at the new Mukah Administrative Building on Friday.

She also said the committee had contributed in many ways by helping to provide food assistance to needy families during the movement order control (MCO).

“For Dalat, Mukah, Balingian and Tellain areas, the food aid had been distributed smoothly and for some areas it had been redistributed twice," she said.

“This is the first appreciation event for the frontliners as they deserve it. At the same time, we must continue to be vigilant and take care of each other's safety," she said.